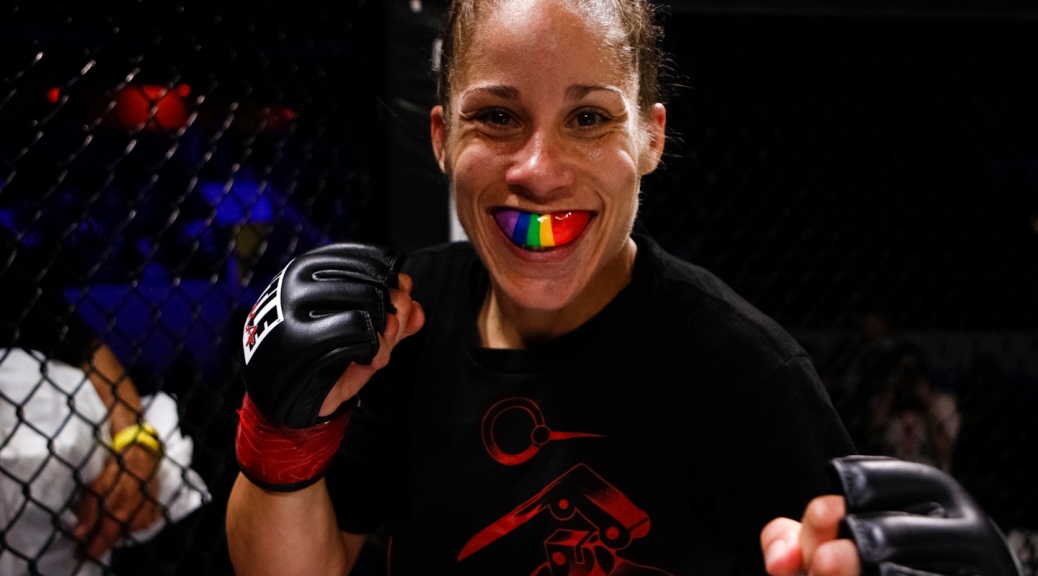 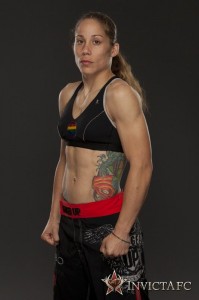 Happy Thursday! It’s almost time to say Cheers to the weekend! Any hot plans? I will be getting my servalite on as part of the National Day of Service. More on that later…

I will be the first to tell you that I don’t know much (read: ANYTHING) about the UFC or MMA in general. I was never really big on watching men pummel each other. *shrugs*

The other day one of my coworkers mentioned that they love watching MMA. Me being me, I made an off color comment about how she only likes it for the eye candy. With a perfect side eye and a smirk (as if I had fallen for her trap), she said “You might want to google Liz Carmouche…”

After spending five years in the United States Marine Corps as a helicopter electrician, including doing three tours in the Middle East, Liz “Girlrilla” Carmouche has become the first openly gay or lesbian competitor in the Ultimate Fighting Championship. 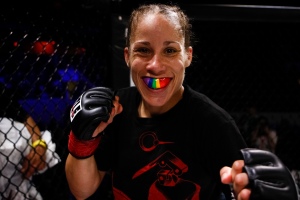 With a 8-2 win record since her debut, she has already positioned herself to fight for the Women’s Bantamweight title later this year.  As impressive as her career is, the thing I’ve learned about her that struck me was her unwillingness to compromise who she was for fame or money. In her interview with Sports Illustrated she said, “I’ve absolutely gotten to the point in my life where I’ve been through so much and had to be closeted, there’s no amount of money that’s going to make me go back in the closet. If they say, ‘OK, you gotta tone it down and then we’ll pay you,’ then you have the wrong person.”

Liz, you might not be a super lesbian but you are definitely something like it… we love that you can kick butt and show other young women they can kick butt too.

Sidenote: Her fans are called “Lizbos” how can we not love that!

Liz Carmouche vs. Ronda Rousey will take place on Feb. 23 at the Honda Center in Anaheim, Calif., as the main event of UFC 157.

For more on Liz Carmouche:

Follow her here @iamgirlrilla and visit her UFC fighter profile

Do you know any SLSLs in your neck of the woods? Email me at kristi at the kword.com or tweet me @kristiweb.

3 thoughts on “Something Like A Super Lesbian: Liz Carmouche @iamgirlrilla”