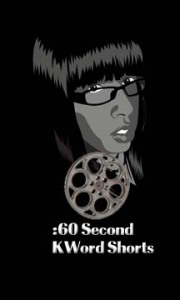 So I was speaking to a friend of mine that “didn’t agree” with my post about Kaitlyn Hunt…. until we spoke about it. From my conversation with her I feel the need to explicitly state, I am not debating the merits of the law. There can be a discussion about whether it is archaic or flawed on another post…on another blog.

I take issue with the fact that Kaitlyn, her parents, and the ACLU are trying to use her sexual orientation as the reason she should get off.

I take issue with the people saying that as a woman there is no way she could have coerced the girl, because lesbian relationships are emotional more than physical.

I take issue with the fact that dozens (at least) young black men have been prosecuted for crimes similar to this one and no one gave a damn.

I take issue with people being mad at the 14 year olds parents for turning Kaitlyn in. THEY ARE HER PARENTS AND THEY SHOULD HAVE TURNED HER IN.

I take issue with people taking up the rainbow flag and wrapping it around her like she in Jesus in the manger.

And I SURE AS HELL TAKE ISSUE with people saying I don’t have the right to feel the way I do.

So yes unless we are going to overturn every statutory rape case involving high school students for the last 60 years… then her next cameo should be on Nancy Grace or Beyond Scared Straight.

3 thoughts on “:60 Second KWord Shorts — Yes I said it… My last post on Kaitlyn Hunt”