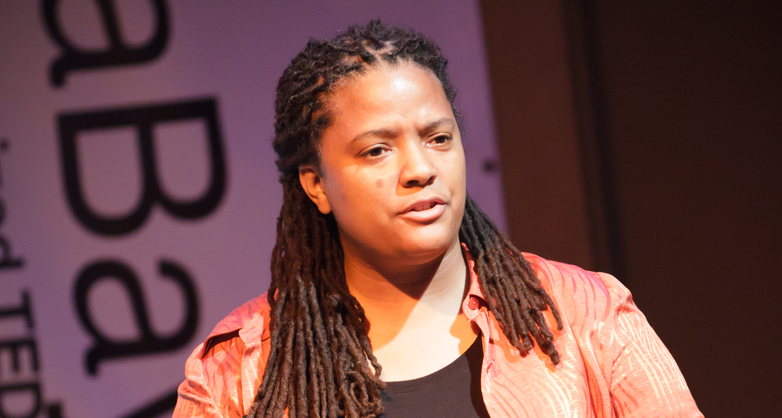 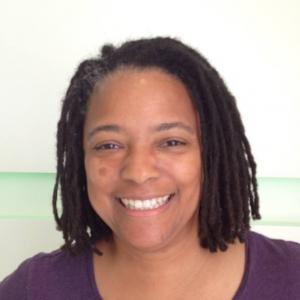 I have noticed that this black history month particularly, and with this Something Like a Super Lesbian series in general, I have been highlighting people that are dead.

I didn’t really meannnn to, but there is just something about monochromatic pictures of lesbians of  yesteryear.

I am going to switch it up right now.

As a Florida lesbian of color, I am proud to introduce Nadine Smith as the newest inductee to the League of Extraordinary Lesbians.

Nadine Smith is a well-known advocate of LGBT causes on the national and state levels.  A former award-winning journalist, Nadine has been the Chief Executive Officer of Equality Florida since its inception in 1997. She was also one of participants in the historic, first-ever meeting between LGBT leaders and a sitting U.S. president (Clinton) in the White House.  As a lobbyist she has worked to stop discriminatory legislation and to overturn Florida’s ban on adoption by gay and lesbian parents.

In recognition of all her hard work, she was named by the Florida Diversity Council as one of the “Most Powerful and Influential Women” in Florida last year (2013).

Nadine, you might not be a super lesbian but you are definitely something like it… your willingness to fight for the rights of us all and to take your stand at the forefront of that battle is amazing.  If you are ever in the Miami area, your (and your lovely wife’s) next cup of coffee (or tea..) is on me.

To learn more about Nadine and her work at Equality Florida, you can check them out online here. To read her guest column “Full Marriage Rights for All” , read it on Tampa Bay Times Online.

2 thoughts on “Something Like A Super Lesbian: Nadine Smith @1nadinesmith”