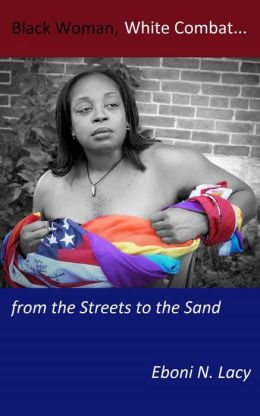 Plot Snapshot:  A memoir of Eboni N. Lacy, an army reservist, who shares her experience during Operation Iraqi Freedom.

I am conflicted about this book. I could tell within the first few pages that completing it would be a labor of love. The writing is not as polished as most of the books I am drawn to and some of the experiences she shares appear to be disjointed.

As I delved into her story, I began to have a better understanding of why it came off that way. The author candidly speaks about her childhood incidents of physical and mental abuse, resulting in a stint in a psychiatric hospital.  The effects of that abuse followed her into her adult relationships both while on active duty and while at home. Drugs and alcohol served as her confidants, as she served our country. At times, it is a wonder how she survived.

I can not honestly say I would recommend this book. Though the story had the chance to be engaging, the execution was poor. I will say it did spark some questions about the black lesbian (ish) experience in the armed forces. I would love to hear the thoughts of others who served in the armed forces. Is Eboni’s story one that is often lived, and rarely told? Or is this the tale of a tortured soul told against the background of the Iraqi desert?

Find it on amazon here.

Kristi K is the K of the KWord. She is a part-time blogger and full-time lezzie. Born, bred and cultivated in Dade county, this Florida girl you can usually find Kristi stirring up trouble on Twitter at @kristiweb.