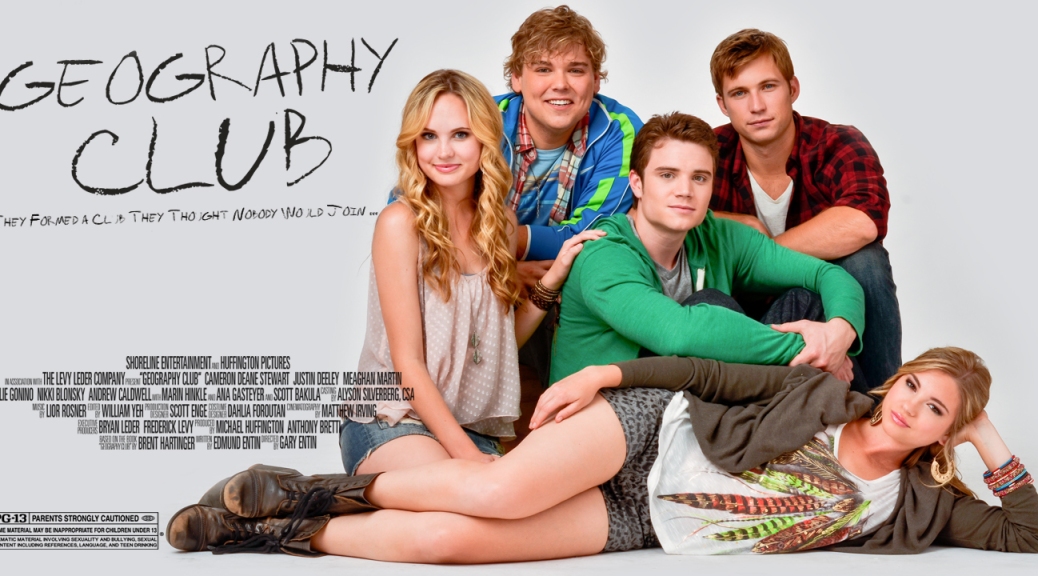 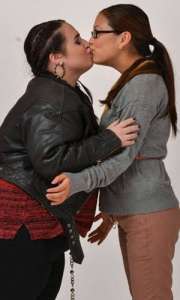 First of all, I loved this movie. Hands down it was one of my favorite gay teen centered movies ever. It was cute without being cutesy and dramatic but not overwrought. If my school had a secret gay club, maybe I would’ve joined. But we didn’t, at least not that I know of…but if we had, I wish it could’ve been like this.

Russell, played by Cameron Deane Stewart, is a young man who knows that he’s attracted to other men but he hasn’t made a decision to commit to being gay. His love interest Kevin, the hunky Justin Deeley, wants a relationship but is completely closeted and wants a relationship with Russell, but only on his terms. Russell and Kevin are caught having a romantic kiss in the moonlight by Min, played Ally Maki, a fellow student. That’s when the story gets really good. I won’t give anymore away but if you’re looking for a gay Porky’s or some hot and heavy man on man action, this is not the movie. If you’re looking for a movie about choices, consequences and claiming your identity, no matter the cost, Geography Club is the one you’re looking to see. 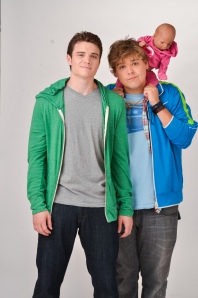 Gary and Edmund Entin bring to life Russel Middlebrook, the main character in Brent Hartinger’s novel, Geography Club. Geography Club is book one in the Russel Middlebrook series and has won many awards. If the books are anything like the movie, their reputation is well deserved. As a matter of fact, I’m going to read them. Why not? I love when a film inspires me to read a book. But as for you, mySuper Gay Readers, watch the movie first. I promise you’ll like it.

Crystal Jaudon is a haute messe who lives with her two sons and lovingly devoted girlfriend. She will eat you out of house and home, if you can cook, and spends a lot of time contemplating the beauty of nature…while drinking red wine on her patio. She also likes to watch movies and considers herself a comedy connosieur. Her favorite quote is , “I may not know karate but I know c-razy,” which she used to attribute to her mother but has since found out that James Brown said it first. Go figure.