Good morning lovebugs. Wow it’s been a while since I started off a post like that o_O. I am trying to mentally and physically regroup from an exhausting (and awesome) weekend.

Saturday morning, I did Habitat for Humanity through my company’s community action committee. By Saturday afternoon, I wanted to cut off my own limbs because everything hurt. Thanks to Epsom Salt and Tylenol, I bounced back in time for the second installment of the Lesbians of Color Dinner Series hosted this time by the K Word’s own Crystal J.

I had a great time. Crystal and her partner chose a Mediterranean theme. We enjoyed kebabs and turkish delite, while sipping on shots of Ouzo. Yes, we sipped the shots because I only know one person who could take to the head (Shout out to Brig).  It was great to see the energy from the first event didn’t extinguish over the month. We had great conversations and met some new ladies (which will always be my favorite part).

I don’t have any pictures of this party because the hostesses asked that we not take any.  No debauchery occurred but I still respected their wishes. Let the record show my dress was fierce… and since there are no pictures on record of it… I’m wearing it again. *shrugs*

Last night I learned a couple of things about myself, as liquor makes me even more transparent than normal (which is pretty damn transparent). END_OF_DOCUMENT_TOKEN_TO_BE_REPLACED 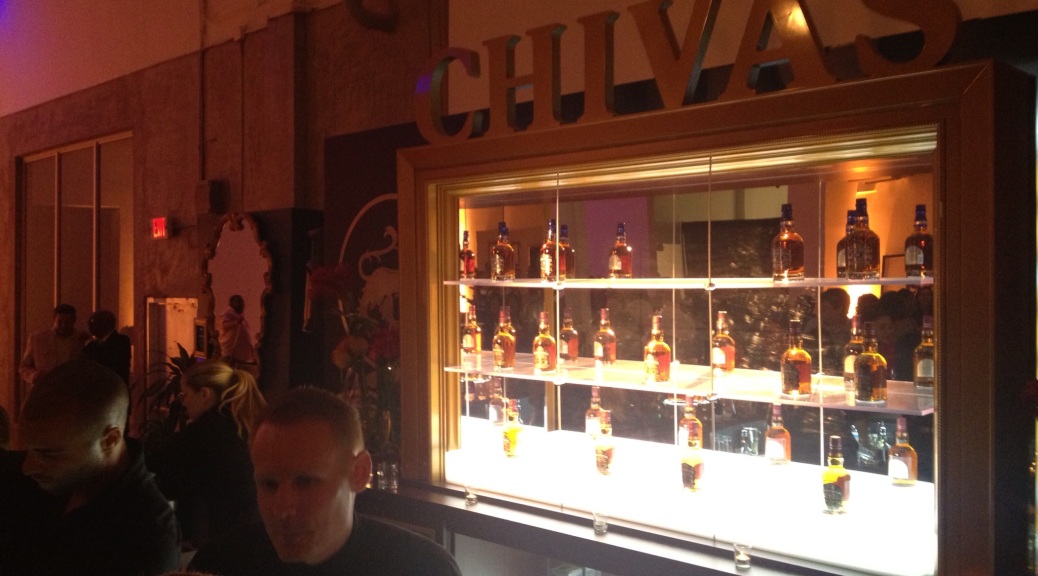 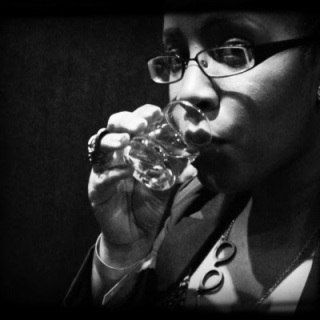 Last night I had an epiphany… well maybe not last night because I have been telling Abby DC about this for about a year. I have resolved to be that old lesbian in the back of the bar drinking whisky from my snifter and looking atthe young and tenders over the rim of my glass. Why? Because I don’t think I will ever fall in love… better yet stay in love. END_OF_DOCUMENT_TOKEN_TO_BE_REPLACED 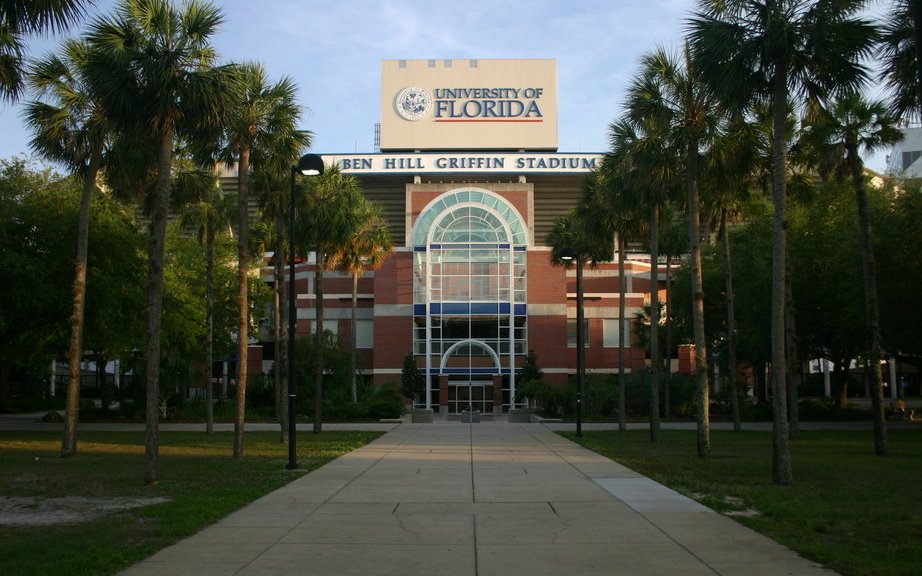 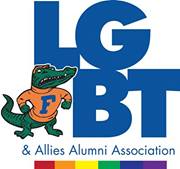 I am long overdue for a plenty of fish update. So here goes. I haven’t been on there. That’s all I got. Okay well not really, I did sign on a few weeks ago during one of my “I am going to end up alone” bouts of regression (yes regression, not depression). First person to draw my attention was a young black woman with a UF hat on, which alone was enough to warrant a “click”. Come to find out this girl not only attended my alma mater, but we graduated around the same time… and knew the same people.  Ain’t that something? We emailed back and forth for a day or two and finally exchanged numbers.

END_OF_DOCUMENT_TOKEN_TO_BE_REPLACED 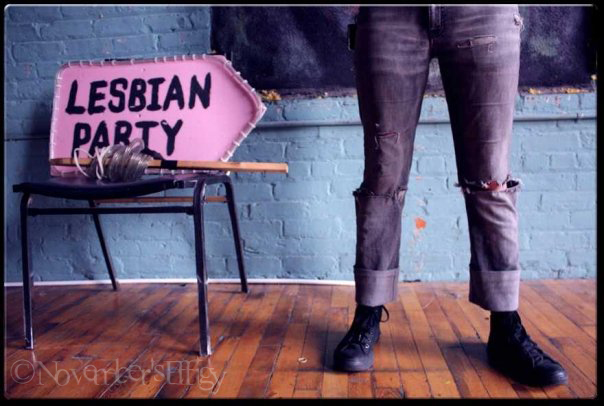 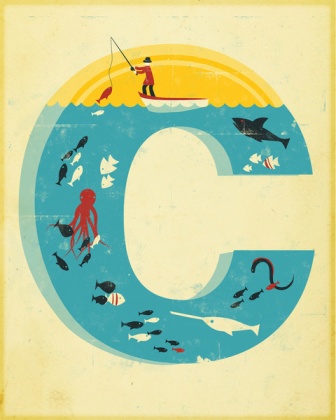 So you may or may not have noticed that I haven’t written a plenty of fish update… mostly because I haven’t logged on there in a minute. There aren’t really women that I am interested in and I am ok with that. I did however log back in today because I met one of my FISHES yesterday. Well from what I understand I have met her several times before, I just forgot…

END_OF_DOCUMENT_TOKEN_TO_BE_REPLACED 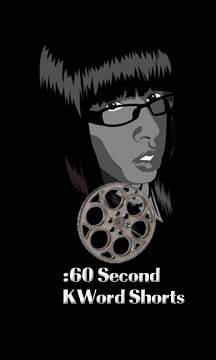 I had an honesty moment…. I don’t want to date right now online or otherwise. I was trying to rush into something in order to get over the ex-Mrs and “The Ghost of GFs Past”… that’s whack.

I had this epiphany when I met a really nice attractive woman and I dismissed her without just cause.

The old adage about getting over one woman by getting under another is not really for me. That plus some of these broads are heavy… and I need to keep it light.

So with that the app is removed from my  phone.

Sorry I won’t be able to regale you with any more tales of catfish. BUT I WOULD LOVE TO HEAR YOURS! 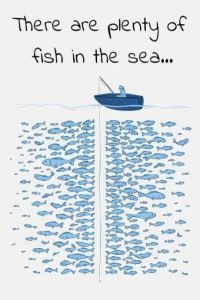 Sooo I have been on Plenty of Fish for two weeks… and I am bored. Not bored, but I’m not really into it. It’s not the lack of people trying to get all up in this *ghetto girl voice* but…  meh. I talk to these people back and forth online for about a zillion messages and then what? Either we stop communicating completely or we taper off to a message every couple of days… ok.

No sparks. No butterflies. No… nothing. Where is my snarky, irreverent counterpart? Where is the Pinky to my Brain *insert a big forehead joke here*

3. I read that book “S/he’s Just Not That Into You”. If you respond in 1-2 sentences, where I am writing a paragraph (Y’all know how I am), I am going to chalk that up to you aren’t interested… If I wanted to write to myself I would start a blog… see what I did there.

4. I don’t want anyone I meet there to read this damn blog. I know it’s hard to be anonymous when every other post I say my name but… I want to ease any new friend/relationshipee into it. No one wants to meet someone knowing their business could be in the street any moment.

With that being said, I made the decision to try and hang out with one of my fishies. It’s not a love connection, she’s not really my type (I don’t date uber feminine women), but she seems really nice. She is college educated, career driven, attractive… someone I wish I had a friend to hook her up with. We will see what she says.

Until then… at least I can check my inbox during commercials. 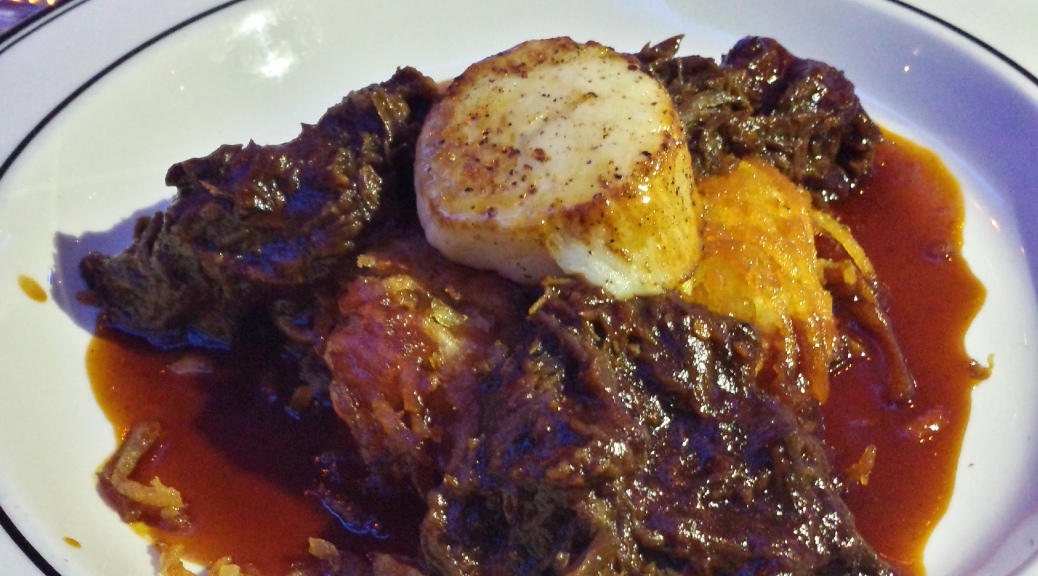 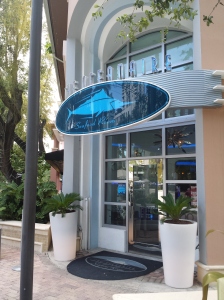 Food: Sigh… Deep Sigh. If you know me, you know I love the Oceanaire. I even had my mother’s 60th birthday dinner there. I’ve raved about both the one here and the one in Orlando… but now I can’t do that as whole-heartedly anymore. The Miami Spice experience my girls and I had was meh. The food was not up to the Oceanaire standards I am used to. The vanilla infused lobster bisque was extremely bland. From what the others said so was the mahi mahi. The tempura lobster tail was overcooked, and flavorless (one of my dinner companions actually asked for cocktail sauce). I had to send it back. I couldn’t even eat it.

With that being said, the nuoc cham was very tasty. The BBQ short ribs that I received after sending back the lobster was a LOT better. I was very satisfied with the replacement. And though the banana bread pudding isn’t “your mama’s bread puddin'”  it was really good. At least we ended the meal on a high note.

Service: Brenda was amazing! She was the highlight of the experience for us. She literally kept them from having an even worse rating. She was polite, knowledgable, attentive… all the things you would expect.

Environment: The blue lighting could be seen as a bit cheesy but it’s a seafood restaurant so I let it go. I love the Brickell area in general.

What to Wear: No explicit dress code but it’s always nice to turn it up a notch. If you are going to be casual chic, no worries there is outside seating. (Yes I put you outside again ha!)

Overall: 3.5 which makes me sad

Would I go again?: Yes only because I know they are better in general but if I were a first timer, nope.

Note: The options on the online version of the Miami Spice menu were COMPLETELY different than the ones we were offered. Not slight substitutions, completely different. 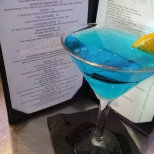 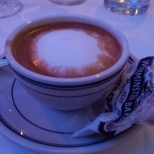 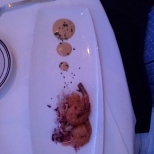 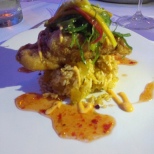 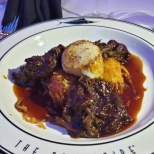 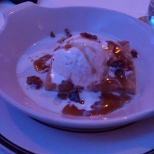